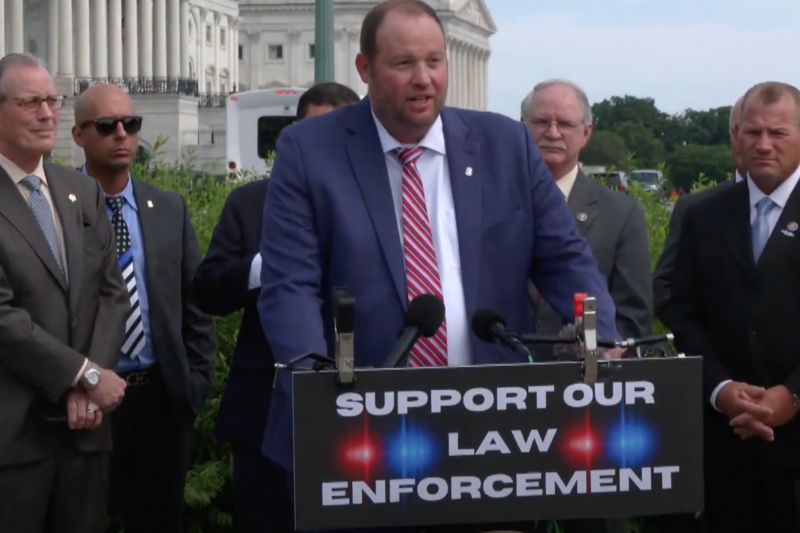 Milwaukee PA is fighting for Public Safety in Milwaukee & Across the Nation!

Fighting to ensure the safety of not just Milwaukee, but the entire country, leaders from the Milwaukee Police Association took to the nation’s capital last week to back legislation that would put 100,000 officers on the streets throughout the country over the next five years.

The Public Safety Enhancement Act of 2021 was introduced last year by Congressman Troy Nehls (R-TX-22) and would reauthorize parts of the 1994 crime bill and allow police departments across the country to hire more officers to combat rising crime rates. The bill is a response to what Nehls called alarming increases in violent crimes and drug overdose deaths throughout the United States.

"It was an honor to support U.S. Representative Troy Nehls’s Public Safety Enhancement Act to hire 100,000 more police officers around the country,” said Andrew F. Wagner, Milwaukee Police Association president. “Milwaukee is no stranger to police cuts that have occurred over the past few years. This was a great opportunity to be able to represent all of our members and tell Milwaukee’s story on a national stage." Alexander Ayala, the association’s vice president, echoed Wagner’s sentiment and spoke of the importance of having more police officers to deter and fight violent crime.

“It was an honor to be at the steps of our Nation’s Capital on behalf of the members of the MPA to support U.S. Representative Troy Nehls and U.S. Representative Scott L. Fitzgerald supporting their bill, the Public Safety Enhancement Act, to hire 100,000 more police officers around the country,” Ayala said.